The Garlic Mustard is blooming... 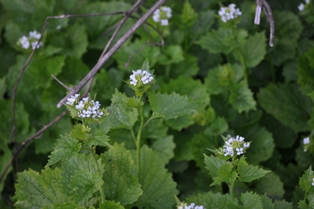 ...I hope that we get our Rowe Elementary School
plant bully helpers before it seeds.

The Red Winged Blackbird females have arrived and...

...the males are very noisy as they try to attract their attention.

The American Coots have moved on to their breeding ground a little further north...

...we will see them next at OEC in October
as they migrate through to go south for the winter.

The BATS are BACK!

Like most mammals, including people, bats have fur, grow up inside their moms, are born live, and nurse milk from their mothers' bodies. Bats belong to a special group of flying mammals called Chiroptera (Ki-ROP-ter-a). This word is Greek for "hand-wing." Bats actually fly with a modified hand.

Bats--the truth, the whole truth, and nothing but the truth

Many people still fear and dislike these winged mammals of the night. Several hundred years ago in Europe, bats were considered evil, dirty, and mysterious. These feelings were passed on through legends.

Today we know that the many myths surrounding bats are false. But, because of these myths, some people still harm bats. In fact, because of human actions, many species have become endangered. Bats play a valuable role in the ecosystem. Worldwide, bats are the most important natural enemies of night-flying insects. The little brown bat can eat 600 mosquitoes AN HOUR!.
House In The Wood has bat houses to encourage these excellent means of natural pest control to live at House In The Wood. Since we are next to a marsh, mosquitoes could be overwhelming in the summer but although they can get bad on some days, they are not as bad a they could be.
ALL Bat information from my favorite Wisconsin nature site EEK!

For more information on House In The Wood please go to our website at www.houseinthewood.org

We are operated by
News
Val Wright
No comments